by smitty
So it is our Penticton Shooting Sports Assoc Work Party & come noon time will be a lovely roast, potatoes to carrots, onions to gravy that the Building & Gronds charman has his wife do. Fantastic I can assure you.

Considering all the electricity that New York uses, it is amazing that all things sort of straightened up. I speak with some experience for since yesterday I can dial in best of music from a channel called Icebergradio-----------so really how did they manage to do it all?????

by deja vu
Is Harper NUTS??? or just the biggest sucker in Canadian history? We can't afford this, plus why are we footing the entire bill and paying a toll on it? How is this deal good for Canada?

by deja vu
Hurricane Sandy's victims are going to have to wait 3 more days or more to get their heat back, BUT that didn't stop the power company from sending out bills. I should be shaking my head at the stupidity of the timing, but I'm not surprised. So what if you don't have power for over a week, here's your bill.

Needless to say those people made a beeline for the company's office and to say they blasted them would be an understatement. The TV news showed a video of them and they were pretty angry. Who can blame them, some lost their homes, others some possesions and repairable damage to their house, but the company doesn't care. Pretty harsh when the people have been through so much and Mother Nature threw them a few curve balls including dropping temperatures and snow.

by deja vu
Thinking was lost on this day. No one was thinking that they should double check before leaving an electric pole in the middle of a Quebec highway. Poor communication is no excuse, they should have used their heads and removed it right away. They are just lucky that no one was hurt during the 2 months it took to right the wrong. It's amazing how they can say it would take a while to remove it, yet the moment it hit the press it was removed. 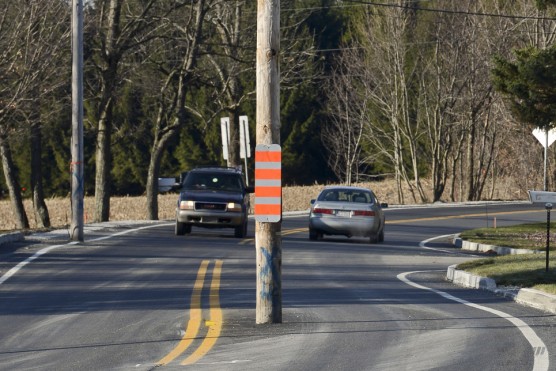 by deja vu
Who thought that using shredded official police records and other sensitive info for confetti was a good idea? Major, major error, someone really screwed this one up.

by smitty
Right now I am thinking of the thousands of women & few men that were burned to death in that one sewing factory in Bangladesh. There the were load out for such a long row of dead people of this sewing factory. It was had to believe & darn little was on the TV News.

If this was on the newspaper or TV news Programs I cannot find it, but one American m/c rider included the rows or dead people in one m/c board that opened my eyes. THIS was the trade of that small country, not electrical things like China to Japan, no aircraft or such---it was sewing.

by smitty
A lot of people park in their DRIVEWAY and do not have a garage or Carport. Also a lot simply park on the road next to their neighbor which helps block up the trucks with blade & sanding gear.

FINALLY found it & was amazed that this massive building was the RCMP HQ. The only hint was an RCMP car parked on the road for they do NOT nave a parking place for their staff vehicles or a visitors. That shows you they were that much out of knowedge when before they had use an ex-restaurant, not a good place, but they had room to park 4 to 6 vehicles & signs standing out saying RCMP office. Something wrong there for that one squad car souid be the one that obtains the warning sign due to not a proper place to park.