They fought and still fight for our freedom. One day doesn't thank them enough for their sacrifices, they deserve our thanks every day of the year. If not for those brave men and women we would not enjoy the freedoms we have today.

I can remember before WWII as kids we use to be hauled to see a parade of the vets, to the exciting thing being a howizer & carrierf of ammo or whatever.

A few yrs later on came WWII in '39 & by '42 I joined the Army Cadets & trained indoors at school though in the field during the many week-ends to even the ex-summer games were turned into Army Cadet Camps being trained by real vets from WWII, some missing limbd to injured as they helped us in training to using Lee Enfield 303 Rifles to even hand guns of Webly to another of 38 S&W the British & Cdns semed to favour.

Once WWII was over then the cadets from schools were no longer needed.

I remember helping a WWI vet that was suffering from the mustard gas on Vimmy ridge, so with limited fuel stamps my Mother would drive him to some assistance for Vets. Could not have bumped into a more decent person.

Being in the Reserve Army we made sure that we marched sharply during the parade before the laying of the wreaths & in those days it was NOT a trumpet but a bugle & remember in the 60s a neighbor of mine, also a WWII vet, would only use a bugle & not a trumpet though he had one. I think it was out of respect for the those past away I present vets.
Top

There is a Canadian organization that provides quilts for injured Canadian soldiers. To learn more about their mission of providing comfort quilts and how you can participate, visit http://www.speakezforums.com/viewtopic. ... 339#p24339

It is one cause that I had only learned about this fall and it allows quilters or donors to contribute to the mission of creating quilts.
80s pop music fan here!
Top

I have noted in the past year or so that the Cdn troops have copied the American style of a salute. Still back in '42 & on for me it was so different. Wonder if this has come from Americans or so many watching TV or Movies from the USA. Yet in many of the Rememberance parts to-day I note some of the WWII vets tended to use the old from while some used the American style.
Top

A time to look back and also forward. We must not forget their sacrifices and must do more to help as well. Stories of PTSD, homeless vets by choice or necessity. We have heard the stories of some living in the wilderness, far away from the tourists in Hawaii and a new story emerging about a Canadian Vet living in an old shipping container braving the Montreal winters. He and many others are not aware that they even qualify for help or pensions. Programs to help them are either understaffed or not doing enough to reach out and find those that need the help.

While some progress is being made, a lot more needs to be done. They protect us in war and it seems most are abandoned when they return. Now there is a new generation of Vets that are facing the same issues as Vets of the past have. With all the technology at our fingertips, why is it not put to good use with the returning Vets?

The man living in a shipping container is there for a few practical reasons:
1) it's considered a fixed address, something he needs in order to apply for any benefits/pension;
2) a person working near his home has taken an active interest in ensuring that the man gets rides to his appointments. Concern was voiced at the pension administration staff--their expectations that one on the streets would be able to keep track of paperwork, various appointments and have arrangements to get to them seem unreasonable;
3) he has a place to stay and pays rent for the shipping container.

The man with the container is probably considered one of the better outcomes for veterans living on the streets without regular housing. But he gets parted from his money. The article I read mentions that he drinks in the morning--a matter that might have a chance of being changed if he manages to find an apartment and supports to improve his life.
80s pop music fan here!
Top

A day doesn't seem enough to honour those that gave so much. We must never forget.

We must never forget. Young and older soldiers, some gave their lives for us. They are here to make sure the message never disappears. They sacrificed a lot to protect us and lets us enjoy the freedom we have today. We must keep up the pressure to make sure they are well taken care of mentally, physically, and financially when they return. It's our duty to make sure that happens. We can not drop the ball on this one, it's too important.

Today is a day of remembering, but we should remember each and every day. It's not something we can take for granted, they are counting on us.

Thank you to the soldiers and sailors for the freedom you have graced us with.

One image can send a powerful message, and I think this one does.

The oldest known veteran of World War II was honored with a thunderous standing ovation during a ceremony Monday at Arlington National Cemetery, as President Obama and the rest of the nation paid tribute to 107-year-old Richard Overton's service.

The tribute to Overton was a stand-out moment at Monday's Veterans Day ceremonies, as details emerged about Overton's visit. Earlier in the day, the Texas man met with Obama and Vice President Biden, along with other veterans, during a White House breakfast.

This man should have been honored long ago. I am just glad they finally did get around to it.

Following the First World War a French woman, Madame E. Guérin, suggested to British Field-Marshall Earl Haig that women and children in devastated areas of France could produce poppies for sale to support wounded Veterans. The first of these poppies were distributed in Canada in November of 1921, and the tradition has continued ever since, both here and in many parts of the world.

Poppies are worn as the symbol of remembrance, a reminder of the blood-red flower that still grows on the former battlefields of France and Belgium. During the terrible bloodshed of the second Battle of Ypres in the spring of 1915, Lieutenant-Colonel John McCrae, a doctor serving with the Royal Canadian Army Medical Corps, wrote of these flowers which lived on among the graves of dead soldiers: In Flanders Field.

For Canadians this day will be especially tough, given our recent losses at home. A horrible reminder of how much soldiers around the world have and still sacrifice for their country. Thank you doesn't seem enough to show them what they truly mean to us.
Turn it up, turn it up, little bit higher radio
Turn it up, turn it up, so you know, radio
Top 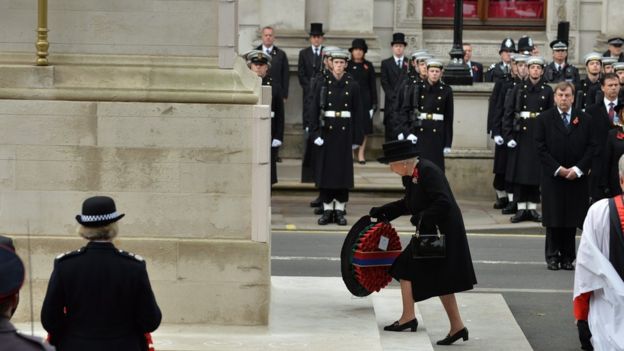 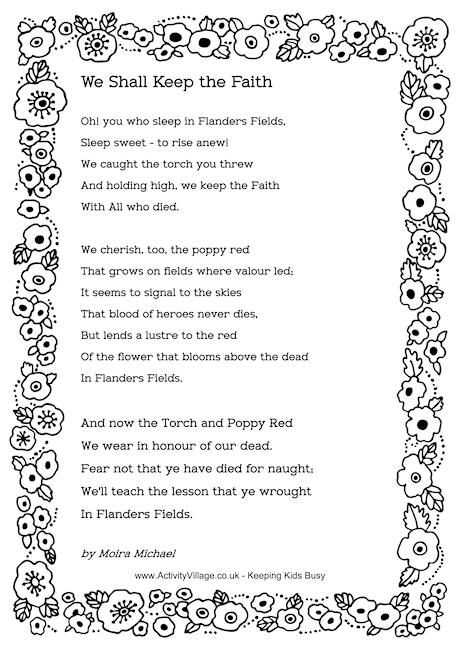 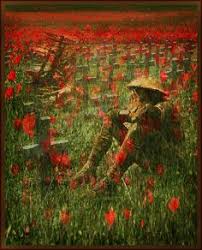