Last October, a new Chinese-built US$241 million communications satellite called Simon Bolivar or Venesat-1 was launched from China's Xichang Satellite Launch Center in southwestern China on a CZ-3B rocket. It is owned by Venezuela. Uruguay also obtained a 10% stake in this satellite because Venesat-1 now occupies an orbital slot - essentially a parking space for a satellite approximately around 35,900 kilometers above Earth - assigned to Uruguay.

Thanks to this Chinese-built satellite, Venezuela's space agency - known as the Bolivarian Agency for Space Activities - has now joined an elite group in Latin America with working satellites. This elite includes Mexico, Brazil - which has enjoyed strong ties for many years with China in space - and Argentina. http://www.atimes.com/atimes/China/KH06Ad02.html
Geopolitics and satellites--taking human matters into space. What would the millions of dollars have bought in services and goods for the people had it been spent on them rather than one big orbiting device and training?

Now I want to draw your attention to one (maybe two!) of the latest additions to the space junk circuit:


Venesat-1 is a so-called DFH-4. Over the past three years, two other DFH-4 satellites have suffered total failures including the above-mentioned Nigcomsat-1.

For CGWIC in particular, which oversees all Chinese satellite exports and serves as China's commercial satellite launch provider, Venesat-1 is an ideal opportunity.

As other nations may soon want to go down this same path, and with Nigeria's satellite - the first communications satellite that China ever sold to a foreign country - now out of service, Venezuela operates China's only foreign satellite communications venture. The fact that Venezuela has openly proclaimed that this satellite would play an important role for the entire region, and that it would not simply become another platform for satellite TV is important. At the time of the launch, Chavez said that Venesat-1 would be used for telecommunications, distance education, tele-medicine, and cultural programs as part of his country's leap forward to the 22nd century.

The writer indicates that there are stories of the Venezuelan satellite not operating properly, contrary to what officials are saying.
80s pop music fan here!
Top

A small piece of space junk will fly uncomfortably close to the International Space Station late Friday and may force astronauts aboard the outpost to take shelter in their Russian lifeboats.

NASA's Mission Control radioed the six astronauts on the station earlier today to alert them of the approaching space junk, which will fly within 1,640 feet of the orbiting laboratory Friday night at 10:48 ET. Sending the astronauts into their Soyuz lifeboats would be a precaution only, NASA officials said. Currently, the space junk poses no threat to the station or its crew, they added.


Hope it wont be necessary to bail.
Beware of brain freeze
Top

Even though the shuttle is set to go in the area of the ISS in over a week, the astronauts must have quick thoughts of "what if" going through their minds about the nearness of that junk moving by them.
You'll be smiling if you sing some songs.
Top

HILTON HEAD ISLAND(GOupstate.com) — It wasn't driftwood but a piece of a European satellite that washed ashore on the beach at a resort on the South Carolina coast.

The Island Packet of Hilton Head Island reported Monday the large curved object washed up on the beach at Palmetto Dunes on Saturday. The newspaper reported the Federal Aviation Administration identified the object as part of a satellite launched from an Ariane 5 rocket. Ralph Wagner of Shore Beach Services says labels on the object read "Made in France." Sheriff's deputies have been posted around the debris until it can be removed.


At least it didn't hit anything or anyone on the way down. That would have left a mark.
Beam me up!
Top

Is the sherriff's dept. going to collect some money from France or NASA for the time spent keeping an eye on space junk? Workplace hazardous materials etc. Not to mention any environmental issues for the item was in the water!
Frozen? Not I. Love hot drinks and ice rinks.
Top

It is a though alohasand in a manner that will give most a bit of a laugh. Still the junk piling up there will soon outdo that of some major cities in the world only more dangerous then we can realize as those things are whizzing around at quite a pace completely out of control for no person responsible for some of them will not be saying Fore to some that might be hit.
Top

2182 is the possible year of asteroid impact on Earth (or not). Sometimes science can be annoying--it's not like we'd be teleporting anywhere.

Giant asteroid could hit Earth in 2182
By QMI Agency

A potentially hazardous asteroid is heading towards Earth, but don't worry — Spanish researchers say it has a one-in-a-thousand chance of hitting the planet and impact wouldn't happen until 2182.

"The total impact probability of asteroid (101955) 1999 RQ36 can be estimated in 0.00092 — approximately one-in-a-thousand chance — but what is most surprising is that over half of this chance (0.00054) corresponds to 2182," said María Eugenia Sansaturio, co-author of the study and researcher at the Universidad de Valladolid. The study appears in the science journal Icarus.http://cnews.canoe.ca/CNEWS/Science/201 ... 79726.html
80s pop music fan here!
Top 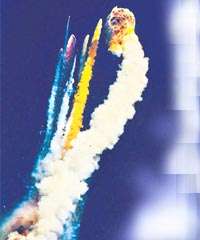 India's space programme suffered a setback today when one of its communication satellites aboard a Geosynchronous Launch Vehicle (GSLV) exploded less than a minute after lift-off from the spaceport in Sriharikota and fell into the sea.

GSAT-5P, carrying 24 C-band and 12 extended C-band transponders, aboard a homegrown vehicle GSLV F06 failed after the rocket veered from its flight path and broke into pieces.

The destruct command was issued when the control and command signal failed to reach the activation system at the first stage itself, ISRO chief K Radhakrishnan told a press conference shortly after the aborted launch, the second in nine months in the Indian space programme. http://www.dnaindia.com/india/report_is ... ff_1485985
80s pop music fan here!
Top

Coming to a neighbourhood near you, MAYBE. The latest piece of space junk is heading home and while most will burn up on reentry it's the big pieces that survive that have some worried.

Beam me up!
Top

It seems that sometimes when things come tumbling towards earth it seems to hit in a more northern part of Canada, but one can really never tell till it does land.
Top
Post Reply
33 posts