.
There is also the possibility that it wasn't Earth that the pilot of Asteroid 2004 BL86 was interested in. It could have been a relative on our Moon that was being given special attention.

I think I'll keep that a secret, as well as the identity of the relative.

Here is what CNN thinks they know about this flyby, and I'll provide a paragraph from their article.

I think I'll keep that a secret, as well as the identity of the relative. 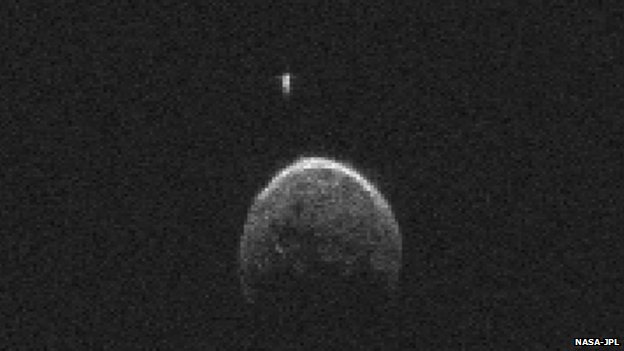 If you miss this one than set your clocks for 2027 when the next asteroid comes a knocking at our door.


Even before Monday’s pass, scientists had calculated that it would be the asteroid’s closest encounter for at least the next two centuries. And the newly acquired radar data should enable further, confident predictions to be made long into the future.

The next time such a large asteroid will get anything near as close to Earth is in 2027.

That object is called 1999 AN10 and is just over 1km wide.It could flyby beneath the altitude of geostationary satellites, which sit 36,000km above the Earth. But that is an extreme scenario.