by trailblaze
Lone wolf has a special meaning to one who now has an island all to himself and he could not be happier. It's illegal to go near the island until spring/summer next year and then reassess his behavior.


A family of four camping on Discovery Island off Oak Bay had to be rescued by Coast Guard Saturday afternoon when they were cornered by the island’s resident wolf.

“There’s a shed where the foghorn was for the beacon on Sea Bird Point on Discovery Island. So the wolf kind of chased them on there and was just kind of hanging out below them there,” said marine search coordinator Jeff Olsson of the Victoria Rescue Coordination Centre.

“They had a VHF radio so they called Coast Guard radio and said what was going on.”

The family took their dog which is illegal and the wolf did what comes naturally. The province made the right call and hopefully will continue to do so and let the wolf live his life out in peace.

by CielOnTap
It is known that cats can find car engines to be warm enough for overnight sleeping. What about a cat finding a train engine enticing but being found in ice and snow and near death on a very cold morning in Canada?

The cat has lost some nails, one ear and might be having the other ear removed as a result of its adventures on the train engine.

by CielOnTap
A turtle in Thailand that had ingested hundreds of coins (due to visitors tossing coins into its pool) has died some days after surgery to remove those coins.

by CielOnTap
A famous circus with a long history in the US will close. The lion tamer will take the big cats home with him.

The first thing Alexander Lacey, Ringling’s heartthrob animal trainer, does every morning after he feeds and waters the 14 lions, tigers and one leopard he has raised since birth is gauge their mood. Who is grouchy? Is a female in heat? Does Max the tiger’s growl means he’s hungry or tired? Is Goldie the lion’s penchant for laziness just that, or something more?

“You have to really learn to read them,” said Mr. Lacey, 41, who was born in England into a lion and tiger-training family. “Once you understand your animals so well, there is no reason to be scared of them, because you are never going to put yourself in a position where it is dangerous.”

by CielOnTap
With the prospect of hot weather coming to Prairie provinces in Canada, police are reminding people not to break car windows to remove pets from hot cars. It's a legal issue.


The Ontario SPCA hosts a website - NoHotPets.ca- offering the same advice, as well as promoting the campaign against leaving pets in cars in hot cars in the first place. The SPCA says it receives hundreds of reports of pets left in cars every year.

Regina Police added that they love dogs, but "breaking someone's window without taking other, more reasonable, steps first will probably result in unwanted consequences for you."

by CielOnTap
I'd love to have a cat at work (but not dogs)! One day, at home too.
http://www.bbc.com/news/video_and_audio ... y-nuisance

by deja vu
A once in a lifetime opportunity and more pictures on the link.

Nature at its finest. 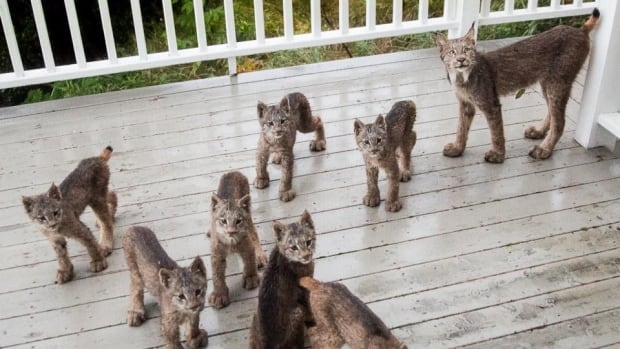 Tim Newton got out of bed, slipped into his Crocs and trudged over to his window.

It was just before dawn on a Tuesday, when something woke him up.

That wasn't unusual. His home — located near a state park in the outskirts of Anchorage, Alaska — has attracted quite a few furry creatures over the years from moose to bulls. Once, he was woken up by a black bear on his deck.

"I heard this patter of feet racing around on the deck. I thought, 'Well, that isn't a bear. What the heck is that?'" Newton recalled. 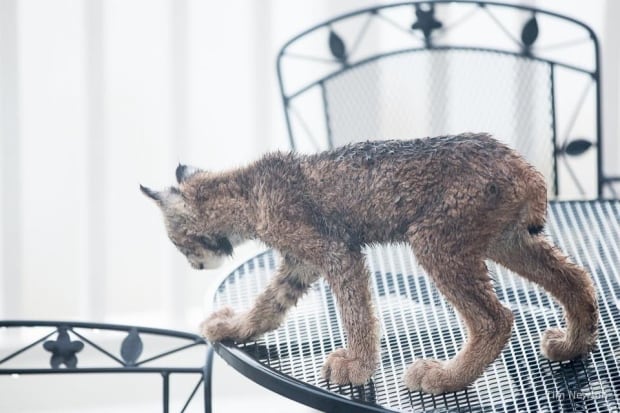 by CielOnTap
How do alligators deal with water freezing in the winter? They stick their snouts above the waterline just before the water completely freezes then go into a form of hibernation.

The alligators seem to instinctively know when the water is about to freeze, says Howard, who is general manager of the park. They respond by sticking their nose above the surface at just the right moment, allowing the water to freeze around them.

Alligators then enter "a state of brumation, like hibernating." Alligators can regulate their body temperature in all sorts of weather, park officials said, and can essentially remain frozen in place until the ice melts.

by deja vu
Japan offers robots as substitutes for pets

Japan, home of the "kawaii" cult of cute, has always had a soft spot for companion robots, in contrast to the more industrial or mechanical types used for assembly lines, surgeries and military missions. The Associated Press spent some time recently with three relatively affordable home robots from Japanese makers that target the elderly, kids and hard-working salarymen pressed for time. Unlike real children or pets, they have off switches and don't need constant attention, dog food or cat litter. 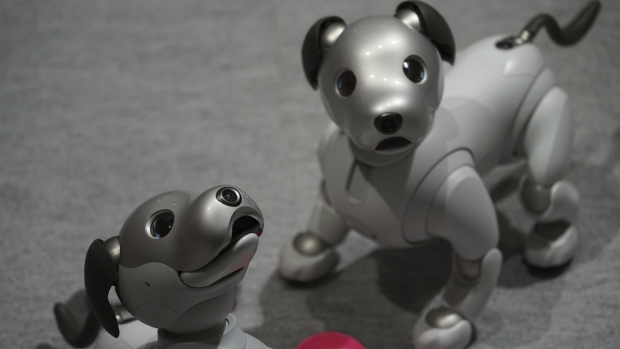 I get the idea behind it and cheaper than a real pet. But for me I prefer the real thing, and don't think I could get use to the fact it talks.

by CielOnTap
If there is an animal in need of protection, residents in the Netherlands can call the animal police force.


Sergeant Smit is one of roughly 250 full-time members of the animal police force in the Netherlands (many more are trained but do not carry out the function exclusively). Of the approximately three million calls made to The Hague area police each year, roughly 3,000 involve animals.

Like a Humane Society with guns, handcuffs and badges, members of the animal police force are regular officers with extra training and special equipment. A 911-type emergency line for animals — dial 144 from any phone in the Netherlands — dispatches the officers and supplies the vast majority of their leads.

The work is a mix of animal protection and human social services, finding practical solutions — like monthly visits to a troubled dog and its owner to ensure all is well — and judicial procedures like fines.

The force responds to animals that wash ashore or pet situations. They don't deal with factory farm animals.
All times are UTC-05:00
Page 56 of 57
Powered by phpBB® Forum Software © phpBB Limited
https://www.phpbb.com/