Does anyone really wake up or stay up until 2am to change the clocks? I'm doing it before I go to bed, but l will be happy to
see the end of Daylight Savings Time.


During the nine years he spent as American ambassador to France, Benjamin Franklin wrote an essay called "An Economical Project for Diminishing the Cost of Light". In it, he suggested people get up earlier to make better use of available light and save on candle wax.

But the idea really took off in 1907, when a man called William Willett introduced the idea of British Summer Time, also known as Daylight Saving Time, in 1907. He wanted to prevent people from wasting valuable hours of light during summer mornings.

Change.org has been busy with so many Canadian petitions since our election started and now finished and DST is the latest one to sign up and with enough signatures, perhaps Trudeau will let the rest stay in line with Saskatchewan.

Clocks go forward one hour for Daylight Savings Time at 2am on March 14, 2016 in North America (almost all places will make the switch).

Scientists have research indicating the change forward can be connected to cardiac incidents as a result.
http://www.theweathernetwork.com/news/a ... oke/64647/

It's well worth one's coffee break time to take pen and paper and decide what spring work can be done in the days prior to the clock shift, so as to have
a more relaxed Day 1 of DST and keep one's heart happy. Remember, always have something to eat or drink prior to doing any lifting when you get up from sleep. Heart needs energy so you don't risk that cardiac incident!
80s pop music fan here!
Top

In British Columbia, there's a petition by citizens to end DST in the province.
http://www.theweathernetwork.com/news/a ... nge/59220/

In Ontario, the argument was made some years ago to stay on DST for Canada-US trade and business reasons. Otherwise business hours would not line up and
add some aggravation to doing business across the national border.
80s pop music fan here!
Top

I hope my fellow BC'ers get what we wish for, and sooner rather than later.

NO more DST.
The Moose sees all, hears all, knows it all. Listen to your
local moose, Folks!
Top

It's that time of year again.

One more week to finish off fall cleaning, check batteries in alarms & detectors and maybe flashlights too.
Then someone has to ensure all the clocks in a residence are turned back on appliances. Everyone has
deal with their own electronic gadgets-some of which can remind you (i.e. computer) that a time
change is about to occur.

Then the early risers have to deal with more night than day.
80s pop music fan here!
Top

Time to set the clocks back this weekend. Glad to return to Standard Time (Eastern) this morning. I usually try to change the clocks after 8pm the night before so
there is no late-night fuss or sleepy-eyed straining to see the hands or numbers.

Bright day called for long walks to clear any cobwebs in the mind and to provide that real-life interacting with Nature experience. I even saw a cat on my
walk. It seemed unsure of me but then stayed to meow at me. I don't know how it greeted the minature pinscher pup that came with other humans later.

How to deal with longer periods of darkness until we get past Dec. 21? Writing/journaling helps to make time pass. Try to keep hydrated and to eat protein at regular intervals. Never do heavy lifting without having a few bites of food to feed the heart/warm you up first. Plan time to plan activities to help run the home, get supplies, keep in touch with others, and help your community. Pets and people need stimulation so circulate and be there for them. You will all feel better for the regular contact and time together.
80s pop music fan here!
Top

For Canada, SPRING AHEAD is on Sunday March 12th. I make the change on Saturday night.

To see when your country changes, here is the link to check for the information -

Some of the US islands or territories do not observe DST: Hawaii, Puerto Rico, Guam, Northern Marianas, the Virgin Islands
and American Samoa.

You mainlanders have the fun of keeping time with the changes this weekend.
Staycation=stay at home and do fun things inexpensively.
Top

Time to fall back 1 hour folks. Click the link below to see when you need to make the change. And above all do NOT FORGET to change the battery in your smoke
detectors or any other detectors you may have. 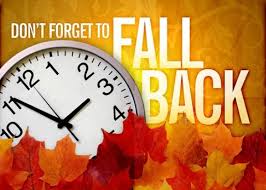 Sunday March 11th for most in N. America. Yes time to spring forward ONE HOUR. For other parts of the world please look here: 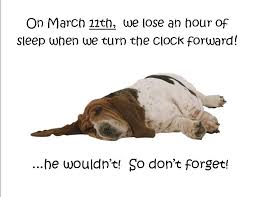 An important date for all. Nov. 4th. This weekend, it is time to also change the batteries in your smoke/carbonmonoxide detectors.

Time to FALL BACK AN HOUR! 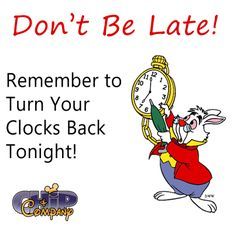 Was ready for the clock changes on Saturday night. Enjoyed yesterday. But day 3 has been an extended grey sky day and I do admit it affects my mood!

Likely this week is the last one I'll bother running a mower over the leaves. Most trees have released their canopies. The smaller leaf pieces will help feed the lawn and keep everything happy and snug during the fall and winter months.
80s pop music fan here!
Top

Still adjusting to the clock change one week later. I'm sure that fellow Canadians planning vacations to Cancun, Mexico are thrilled to keep Eastern Standard Time at that destination.

The hardest part of the change are the gray skies we've mostly had just prior to and after the clock change. The sunshine has not been very evident so when the sun does appear, it's a little celebration to notice it!
80s pop music fan here!
Top

Yes it is that time of the year this weekend. Spring Forward an hour. 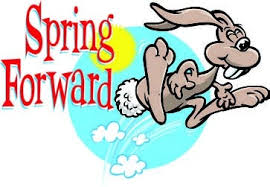 For some parts of the world - Fall Back ONE HOUR tonight. Yes, it is that time of year again. For those in BC Canada, they only have to do it tonight and one more time in the Spring and then DST is a thing of the past. Once they Spring Forward, that will be it. Over 93% voted in favour of doing away with DST.
Turn it up, turn it up, little bit higher radio
Turn it up, turn it up, so you know, radio
Top

One major change for the Yukon this weekend, Canada and possibly also for BC, Canada before the fall. B.C voted 93% to end it and most are hoping that means we spring forward overnight this weekend and never deal with DST again. All are just waiting on the Premier to give us the details in full.


Yukoners will be changing their clocks for the last time this weekend after the government announced the territory will no longer participate in seasonal time changes.

On Sunday, Yukon residents will adjust their clocks an hour forward for the annual spring time change, as usual. After that, however, the government said the territory will remain on Pacific Daylight Saving Time.